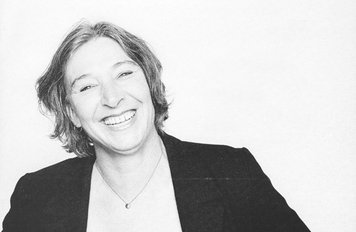 Krestine Kjærholm is daughter of the Danish architect Poul Kjærholm. She was born in 1957 and she is educated at the School of Art and Design in 1983.

Major works include: Carpet to the imperial suite at the railway station in Hokaido in Japan, textiles to the Danish State Railways "ER4" regional trains, wall art to the Prime Minister, carpets to the Finance and Housing Ministry, Housing and Construction Authority and the Competition Board.

Krestine Kjærholm have been awarded scholarships from such Gerda Henning's Memorial Scholarship, National Arts Council's three-year scholarship and Ole Haslund Artist Grant. She received in 2006, Inga and Ejvind Kold Christensen's honorary award for her way to bring the weaving art into the new millennium.

Today she designs many types of rugs. Many of the rugs are designed to her fathers iconic furniture.